We would like to advise at the outset while price for this mare is part of the equation. It is also very important to us that she receives a 5  Star Home and potential customers will have their credentials ascertained as would be the case with all ponies we sell.
Toffee as a foal won the first National foal championships held by the Northern Connemara Pony Breeders at Portadown in 2005. Toffee is now a 10 year old Class 1 daughter of Silver Heaven and Moy Dawn and her full pedigree can be seen by clicking this link http://www.allbreedpedigree.com/lishmar+toffee .

Today the 4th July 2015 — Lishmar Toffee won the 10 year old and upwards  mare class at the North East Connemara pony Groups 5th Annual show and then went on to be Reserve Champion out of a total entry of 158 ponies.
As you can see when you view her pedigree she is a nice outcross combining all equine discipline abilities in her bloodlines. She has a full sister who resides in California and a full brother who is a Class 1 Stallion and resides in Connemara. She has half sisters one of whom was Lishmar Fiona who won the 2 year old filly class in Clifden and was Reserve Junior Champion. Another sister Lishmar Bambi by Templbready Fear Bui always in the Ribbons with a number of Qualifers for pony of the year UK. She also had a half Sister by Ashfield Bobby Sparrow who was also very successful in the show ring and produced a lot of serious working ponies. She has 2 half brothers that are also stallions one resides in the UK on Fenrose Stud Farm and the other in Tokyo Japan with the Japanese Racing Authority. Lishmar Stormy Boy a gelding is also a half brother whom has been very successful on the show jumping circuit in Ireland and the UK with a total of 517 Show Jumping points.
Toffee is a very well behaved mare and is easy to attend farrier, load, box and prepare for any show. She is very easily handled by child or adult.
She is currently in foal to Wings of Justice and this combination has produced many wonderful ponies most of whom have found homes outside of Ireland. 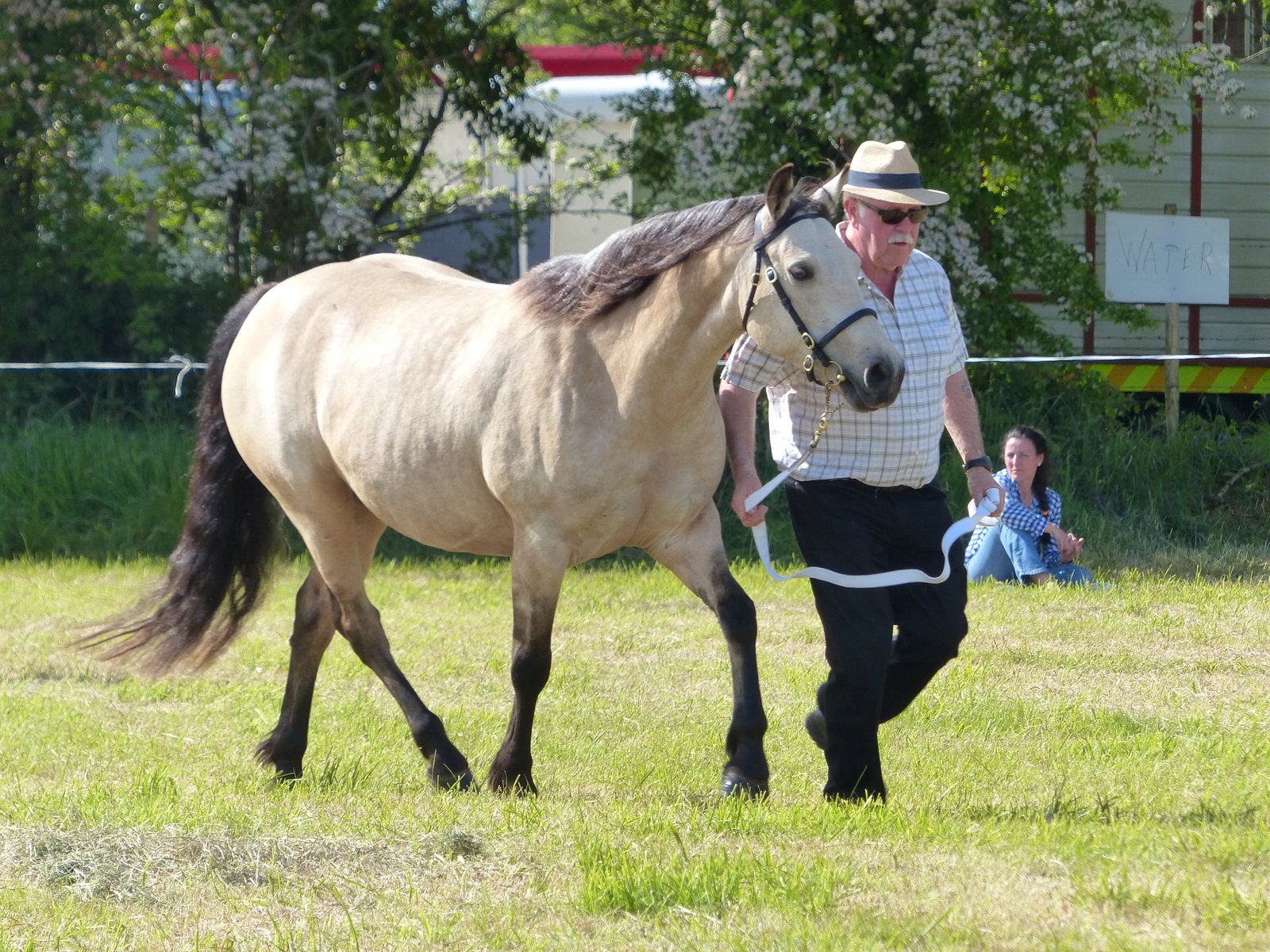 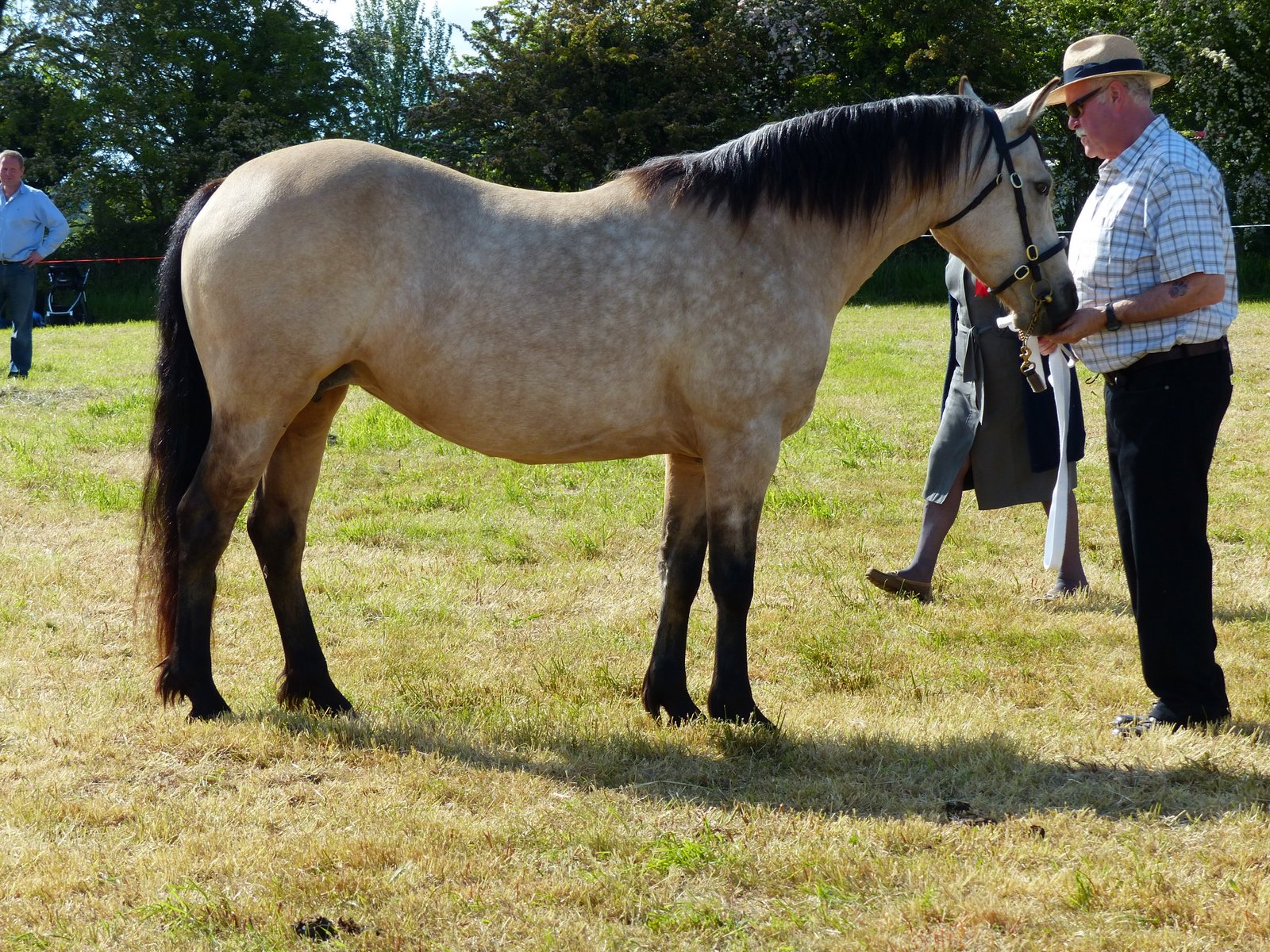 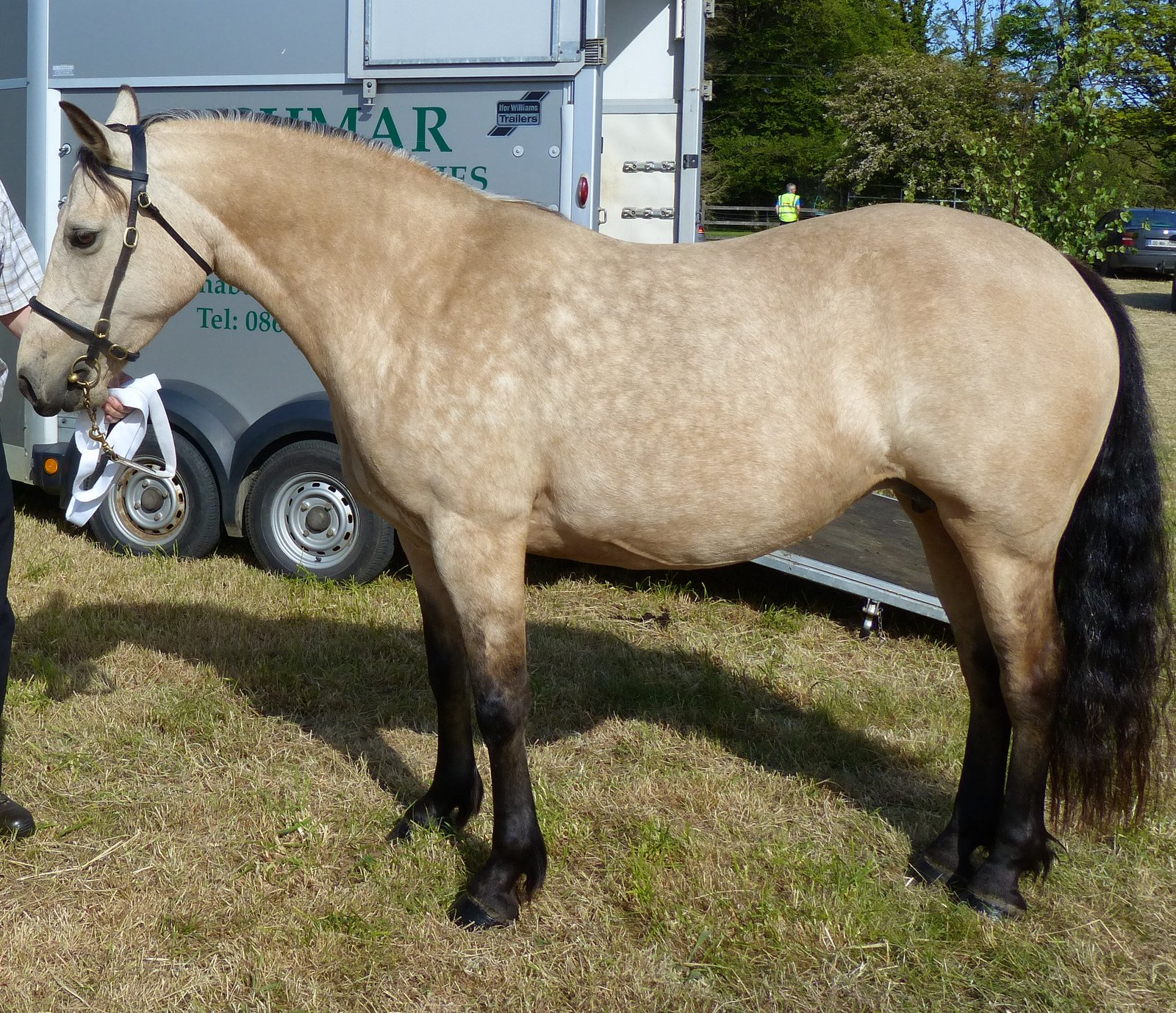 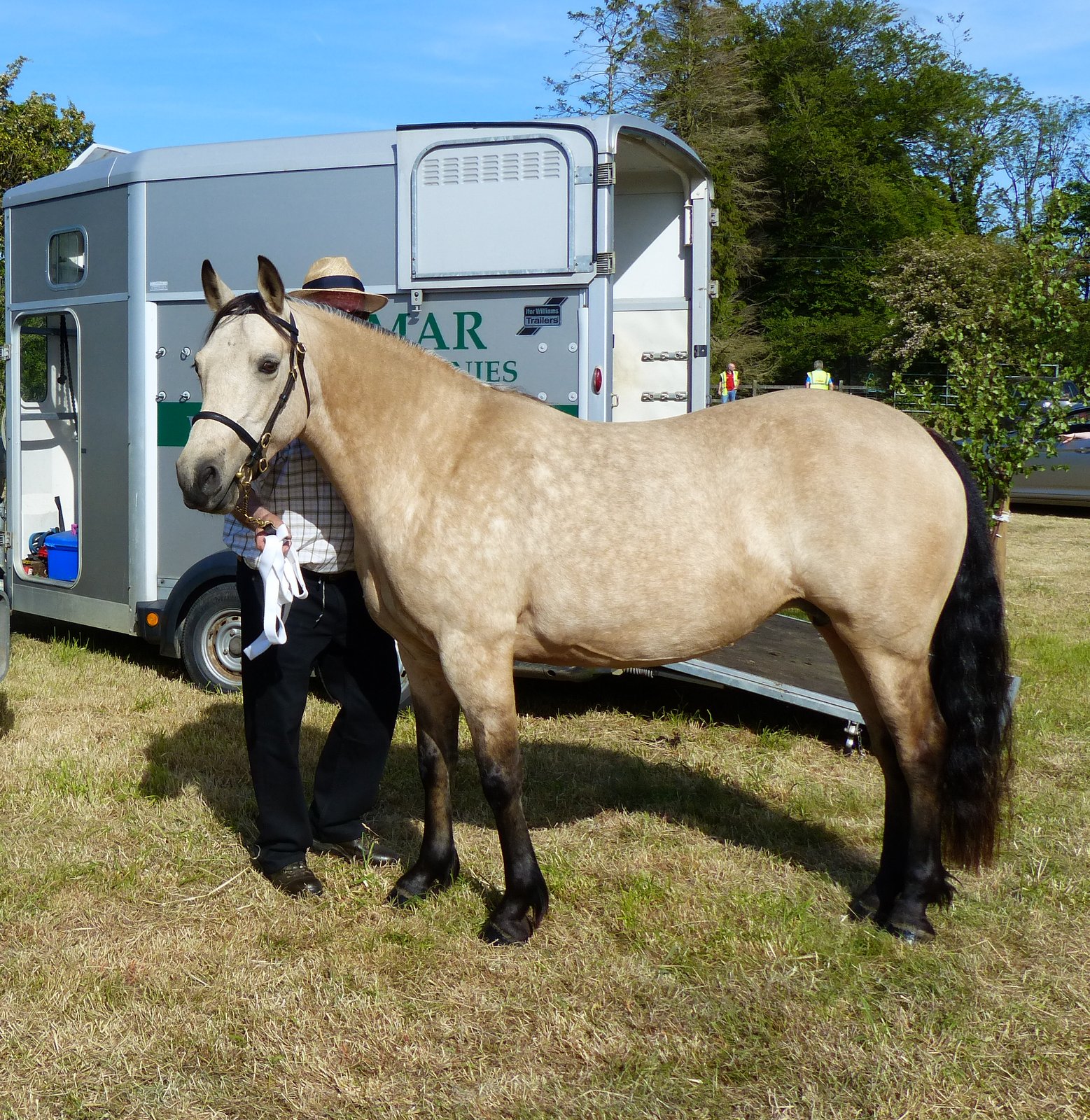 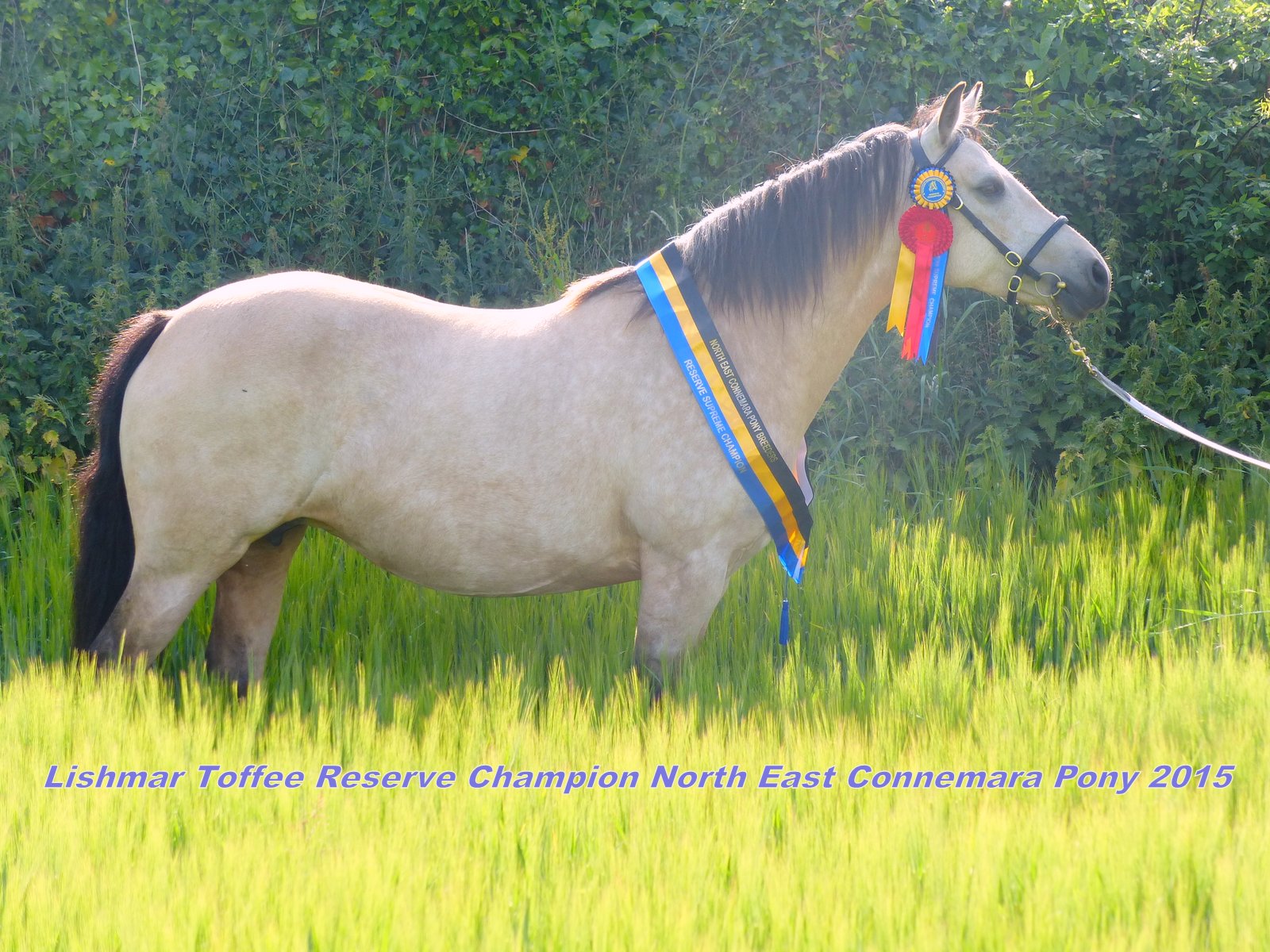 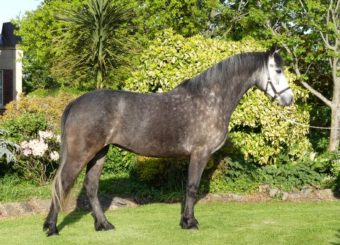 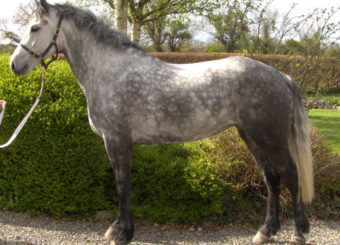 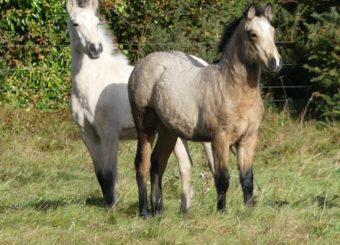 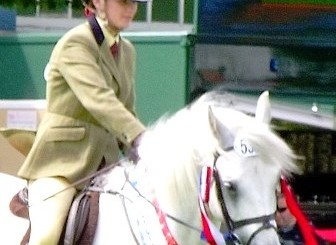